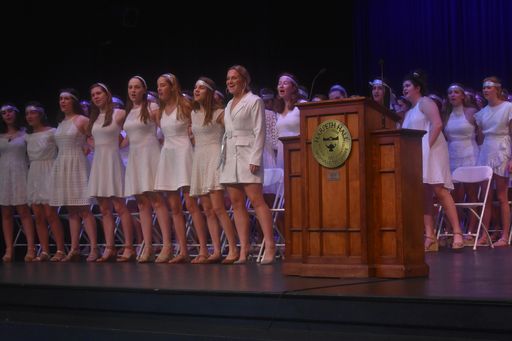 Friday, September 7 was dedicated to our Seniors, Class of 2019.

The tradition of recognizing the senior class dates back to our Ward-Belmont era. At Ward-Belmont, the seniors revealed their class song, their class colors, and their "beanies" at a special assembly. At Harpeth Hall, each senior class continues to wear a signature hat. They also take a pledge to transmit this school "not less, but greater, better and more beautiful than it was transmitted to them."

The class of 2019 revealed their theme "The Dancing Queens of 20-19" at Opening Convocation, little more than three weeks ago. These new seniors confidently walked into the Frances Bond Davis Theatre and took their place on stage for the Senior Recognition Assembly.

"Today is about recognizing all of you on this stage as the leaders of our leaders," Interim Head of School, Mrs. Jess Hill, said in her opening remarks. "I have faith in you - that you will [lead] well today, and all year long," she said.

Upper School Director, Armistead Lemon, praised the girls. "Seniors, you are well on your way to leaving this school not less, but greater, better, and more beautiful," she said. "Over the last few weeks I've had a chance to ask several seniors how they define themselves as leaders, and no two answers have been the same." Lemon concluded, "As a community, we need all of these leadership styles."

She then introduced the Class of 2019 Class President, Olivia Holden.

Holden beautifully expressed her gratitude to her classmates for helping her become more confident than she was when she started Harpeth Hall in fifth grade. She reminisced about her first day and her first Opening Convocation. "At 8:05 a.m., the Seniors rushed down the theater isles and my neck began to cramp from looking back at what seemed like a million girls. I was overwhelmed by their excitement, happiness, and how many of them that there were," she said. "By the end of that first assembly, I realized that I couldn't wait to be a Senior."

Holden recapped her progression through middle and upper school, noting how much she owes to the supportive friends she has in her class for her confidence and desire to be better. "Now I am here today and I can say, not only did they accept who I really am, but they have helped me embrace it, challenge it, and improve it. After they helped me become confident in myself and my abilities, I began to set new goals for myself," she said.

"Mr.Croker and Dr.Fulwider said it best: 'She is us.' When one of us succeeds, we all succeed...Together we have learned how to celebrate each other's successes...Greatness and success doesn't come without admiration, and I'm so lucky to be involved in a community filled with such encouraging peers." Holden closed her remarks, "You may see one girl standing behind this podium, but I see 99 because I wouldn't be here without them."

Holden led her class in reciting the Senior Pledge: We will respect and obey the school's laws and we will do our best to instill a like respect in those about us who are prone to annul them or set them at naught. We will strive unceasingly to quicken our mutual sense of duty. Thus, in all these ways we will transmit this school not less, but greater, better and more beautiful than it was transmitted to us.

The senior class signature hats are groovy silver headbands, in recognition of their Dancing Queen theme. The assembly closed with the singing of the Alma Mater.

View this smug mug photo album and video from this event.

More photos and will be added to this album in the coming days. 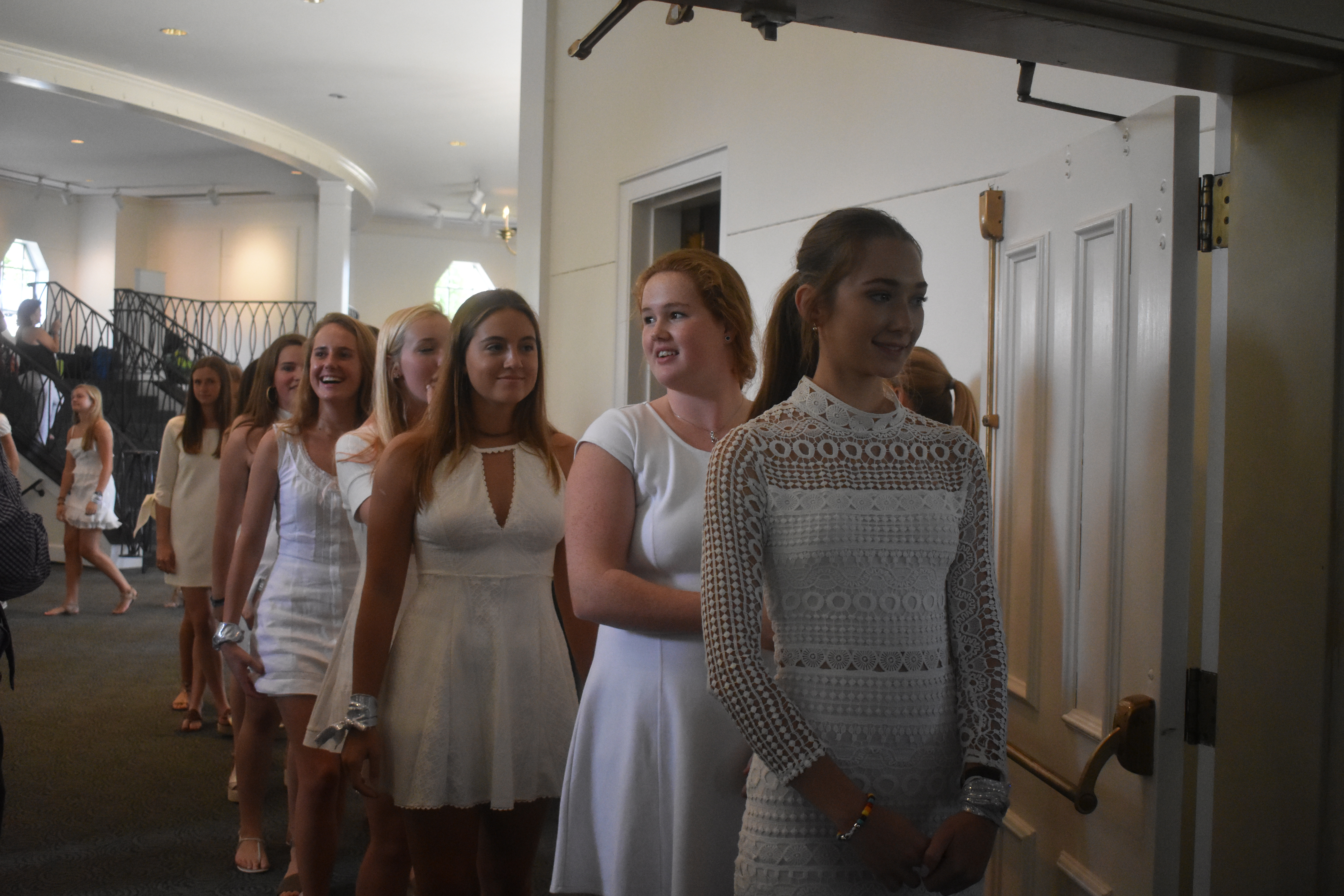 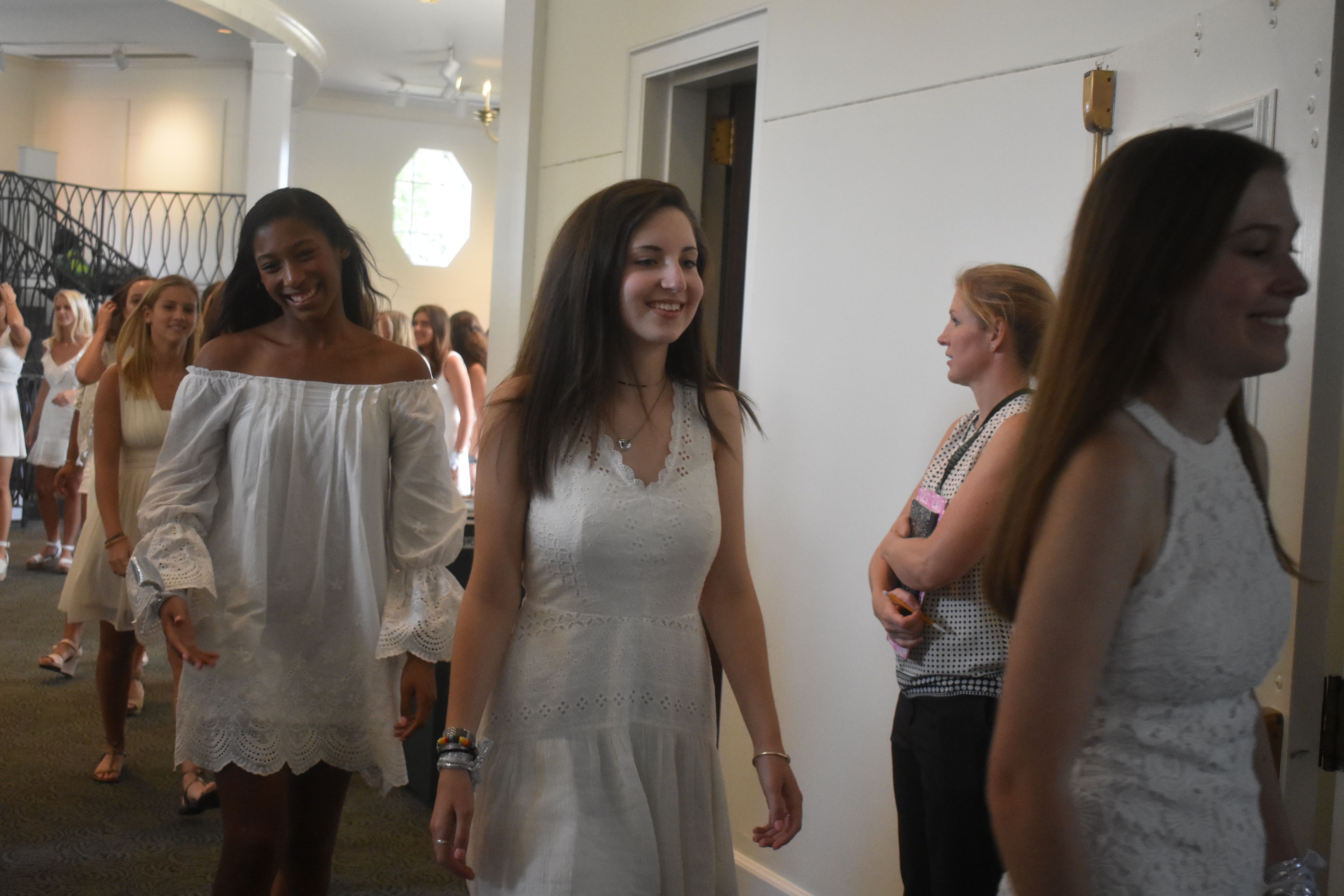 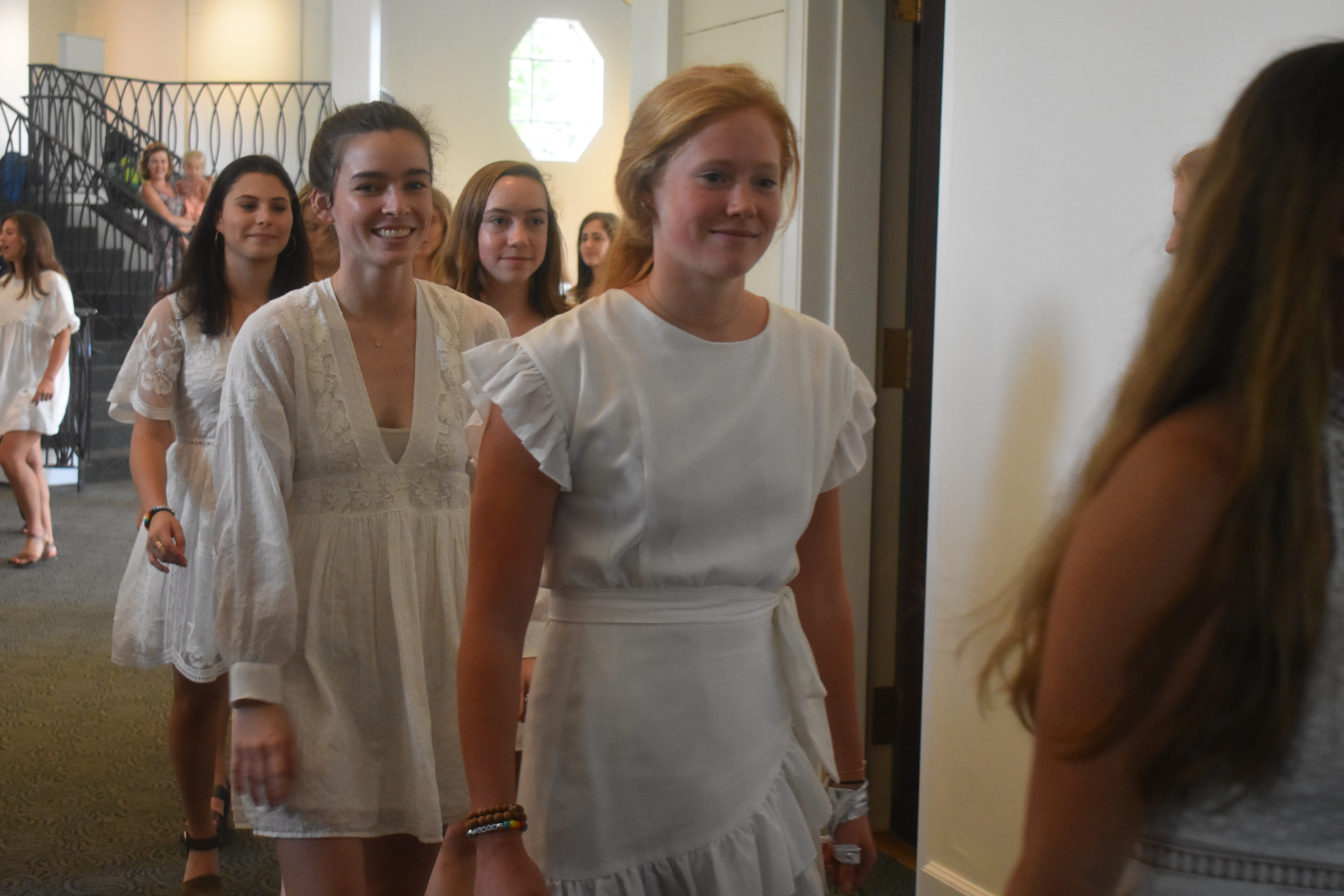 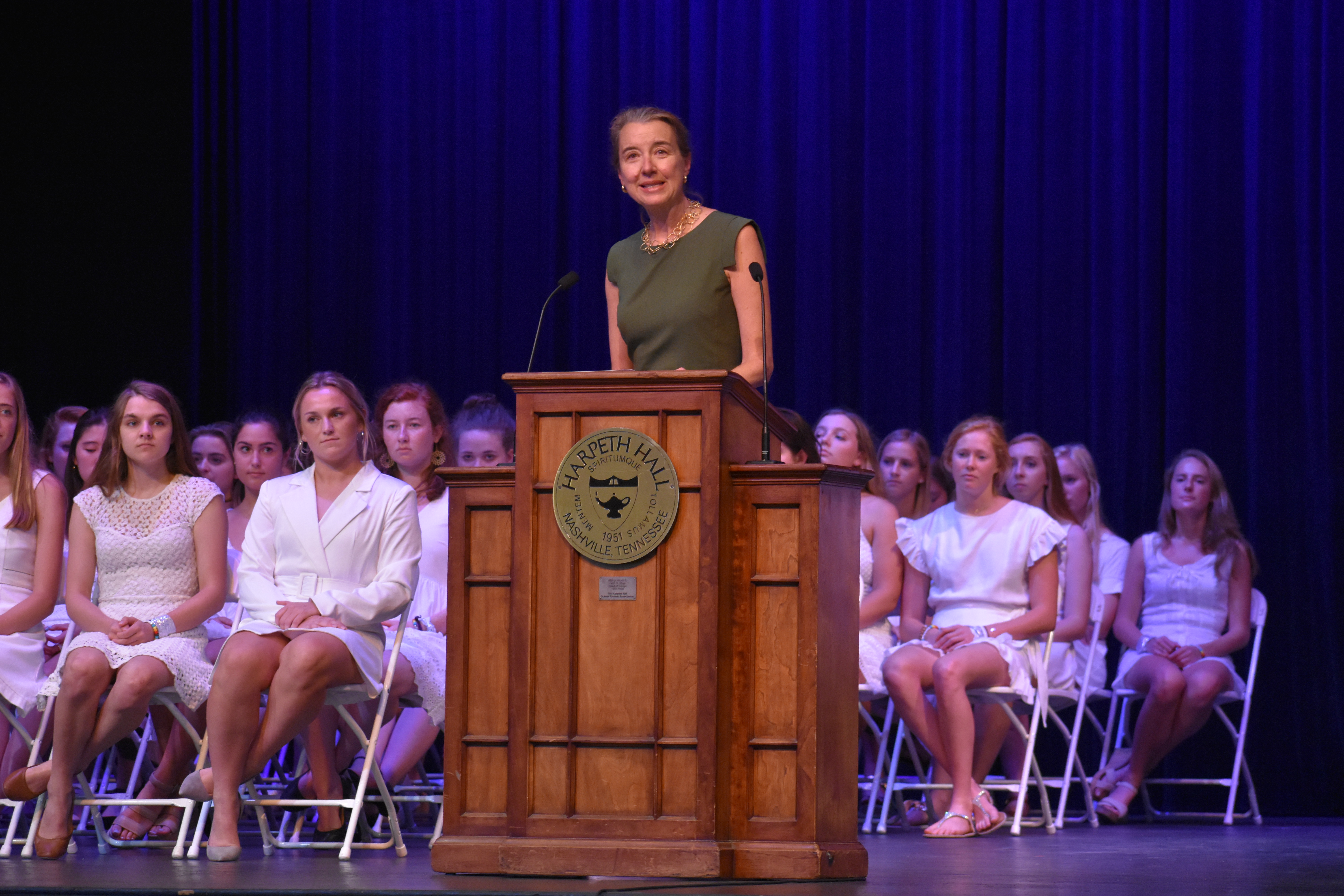 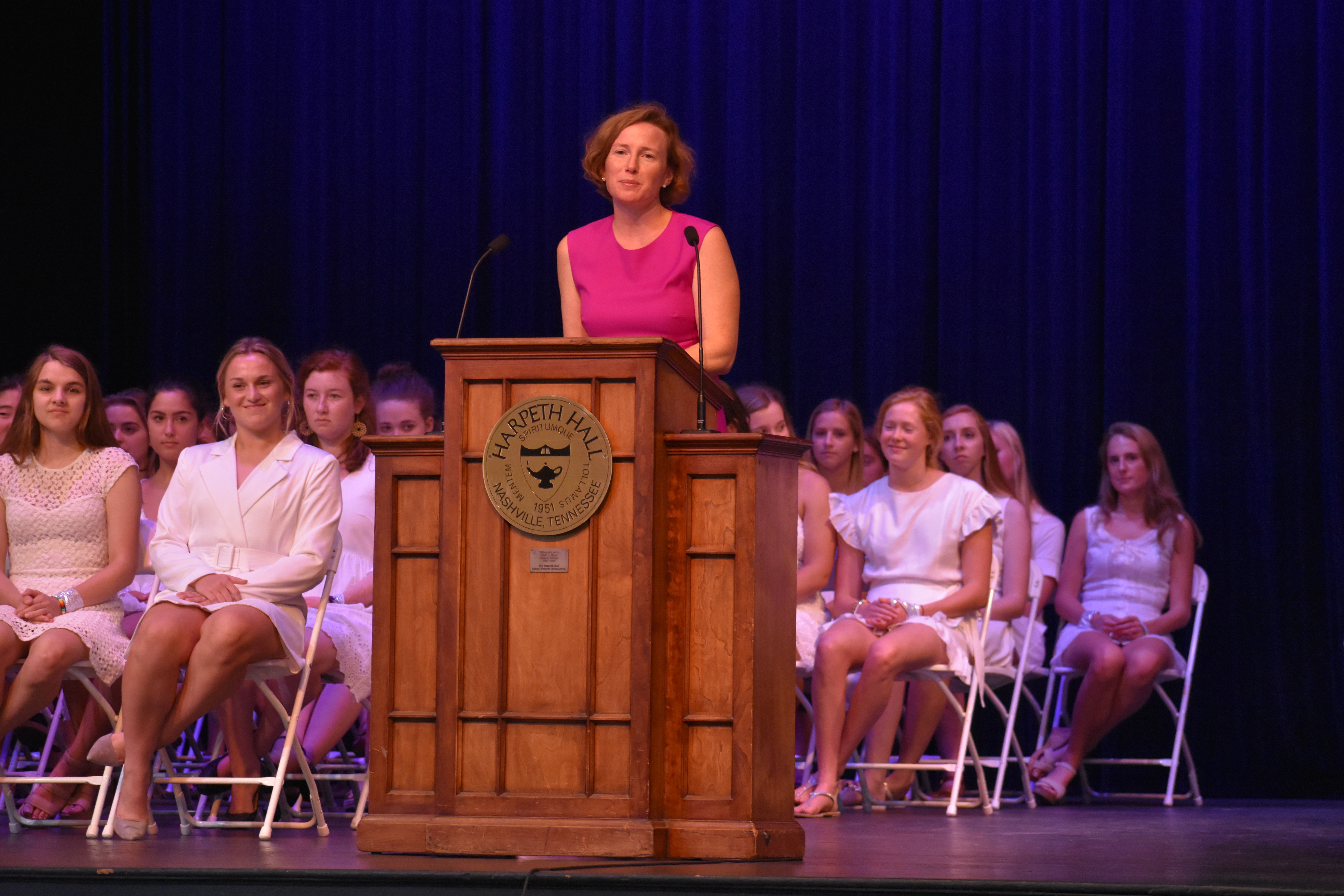 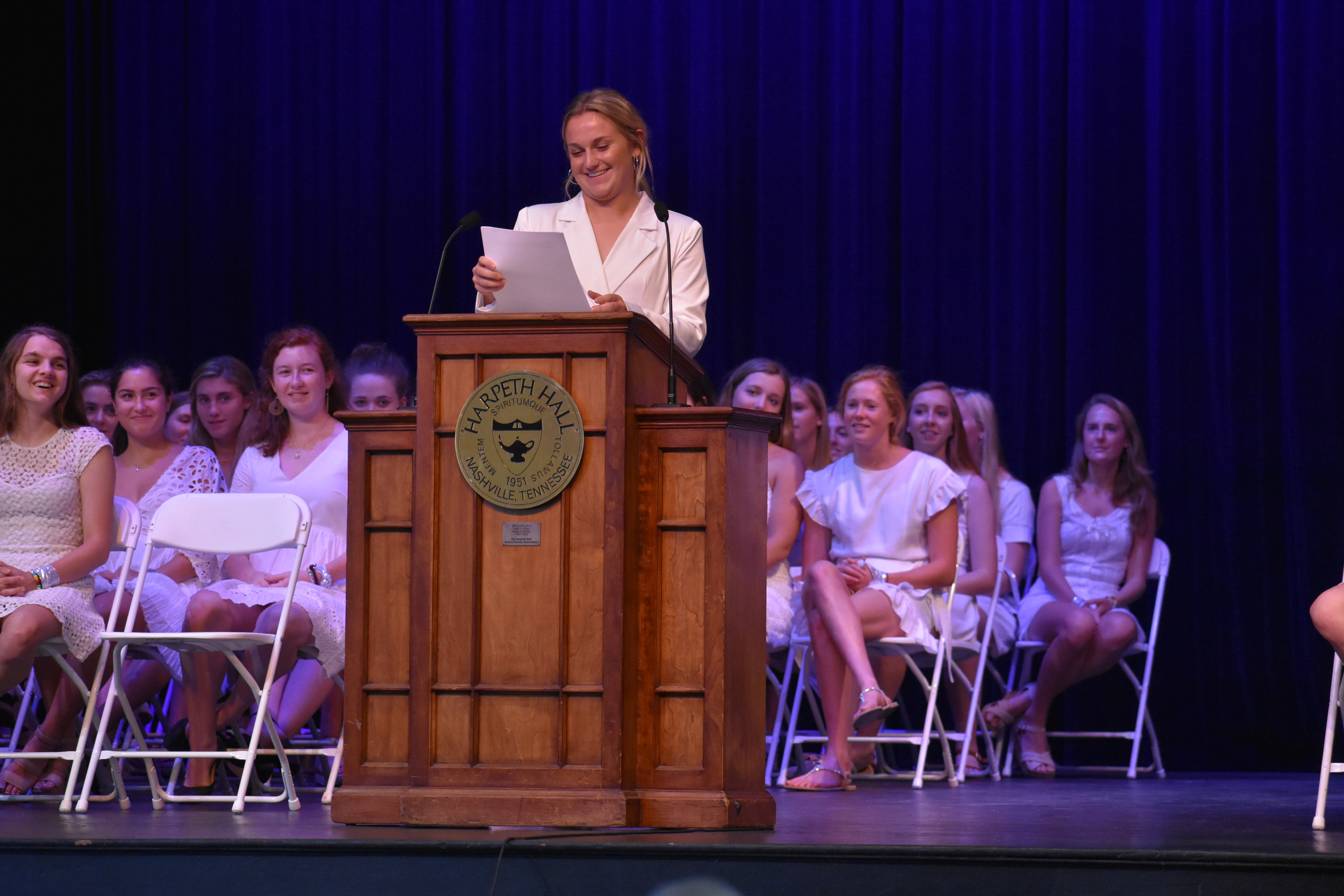 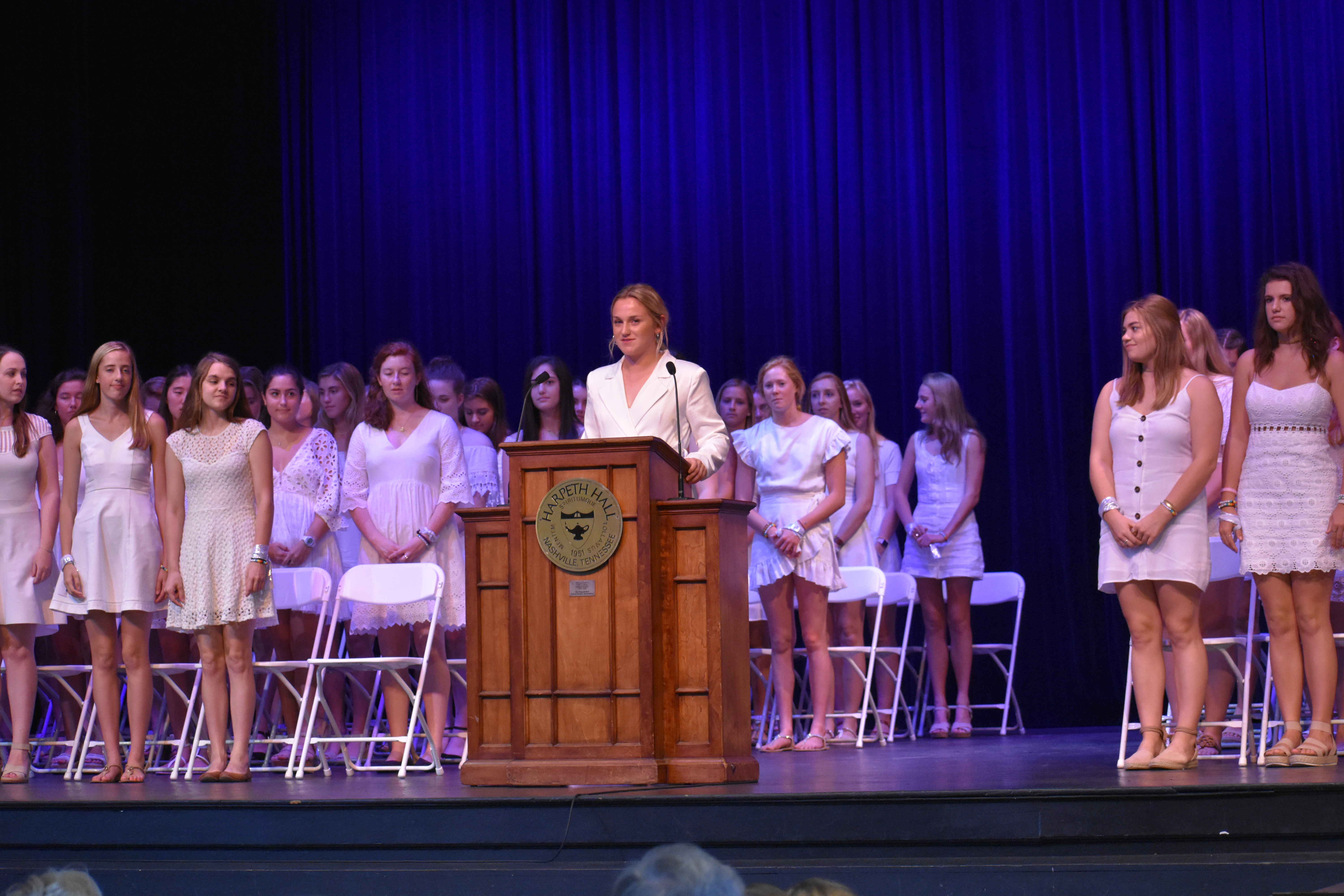 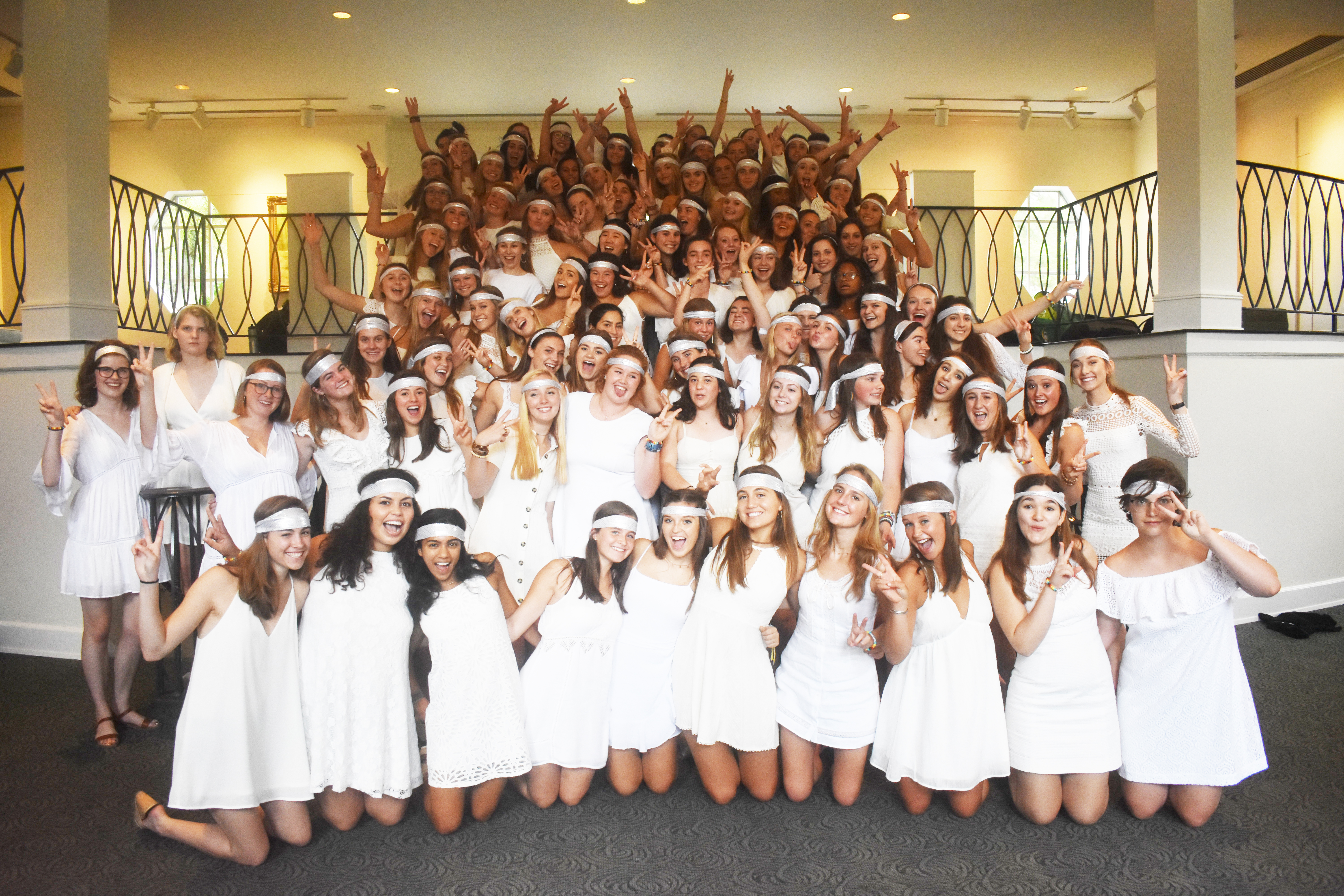