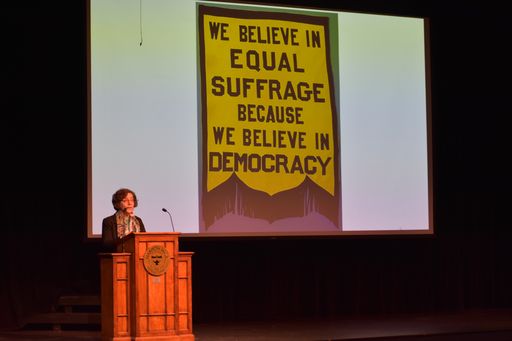 As we near the centennial anniversary of the Nineteenth Amendment, Harpeth Hall was honored to host award-winning author, Elaine Weiss, on October 24th. Weiss’s recent book The Woman’s Hour: The Great Fight to Win the Vote has won many awards and is currently being adapted as a television series. The book has been hailed as a "riveting, nail-biting political thriller" with powerful parallels to today’s politics. Weiss is a Baltimore-based journalist and author, whose writing has appeared in numerous publications. Weiss has also worked as a correspondent in Washington, a speechwriter, a magazine editor, and teaches journalism at the university level.

The Woman’s Hour chronicles the dramatic weeks in the hot summer of 1920 as Tennessee lawmakers determined whether or not to ratify the amendment. Why was Tennessee so important? We were the deciding state to push the Nineteenth Amendment over the 3/4 state ratification threshold—required to add an amendment to the U.S. Constitution. The movement for woman’s suffrage began, formally, with the Seneca Falls Convention in 1848.  Weiss reminded students and faculty that “[u]ntil 1920, women were not allowed to vote. They were not full citizens. They had no voice in how their community, or their city, or their state, or their nation was run.”

Students also heard about leading suffragists in Nashville and from Tennessee—who sacrificed and persevered in the face of incredible adversity and were often bullied or ridiculed. Weiss stated, “The brave women, young women, and older women joined together to win the right to vote for you. And many of Nashville’s daughters were among these courageous citizens. Some of the leading Tennessee suffragists were once sitting where you are sitting today. . . Your city played a very important role in winning the right to vote for all American women. And Nashville and Tennessee were the stars of the last episode of the woman’s suffrage—you might say it was a very long series.”

She also connected female suffragists and male allies with our predecessor schools—Ward Seminary and Ward-Belmont. Some of these individuals included: Anne Dallas Dudley, Anna Hawes Blanton, Luke Lea, and Percy and Kate Warner. As the book’s press release suggests, “The Woman’s Hour is an inspiring story of activists winning their own freedom in one of the last campaigns forged in the shadow of the Civil War, and the beginning of the great twentieth-century battles for civil rights.”

Weiss began and ended her presentation to the students with an emphasis on voting: “I know that many of you are not old enough yet to vote, but soon you will be. Voting is the most important civic responsibility that you as an American possess, and it is the greatest privilege of a citizen. It is the fundamental right of a citizen living in a democracy . . . .  and you should vote in every election as soon as you are eligible.”

Weiss’s book tour will bring her back to Nashville in the spring and The Woman’s Hour is available, in hardcover or paperback, in bookstores and online. 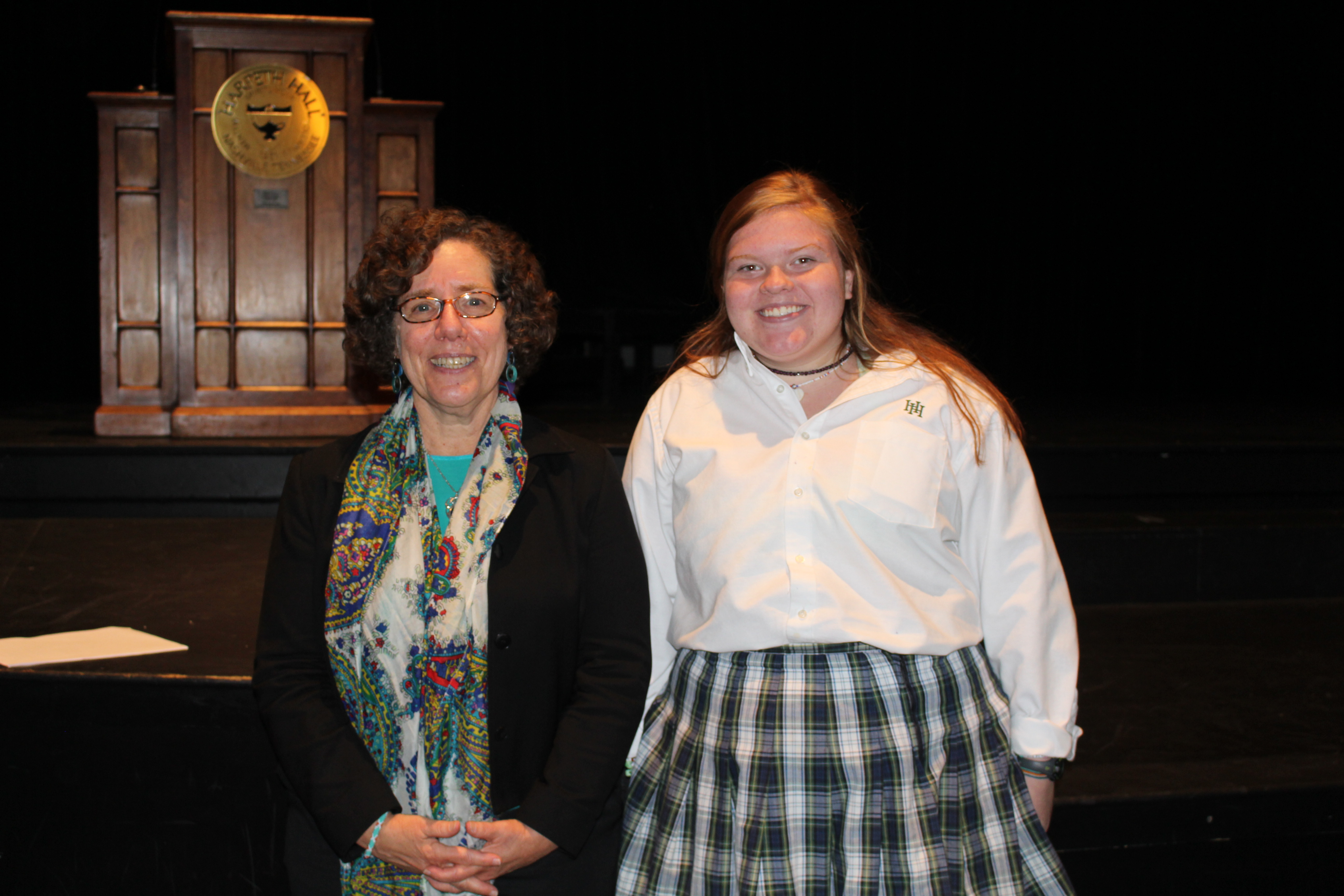 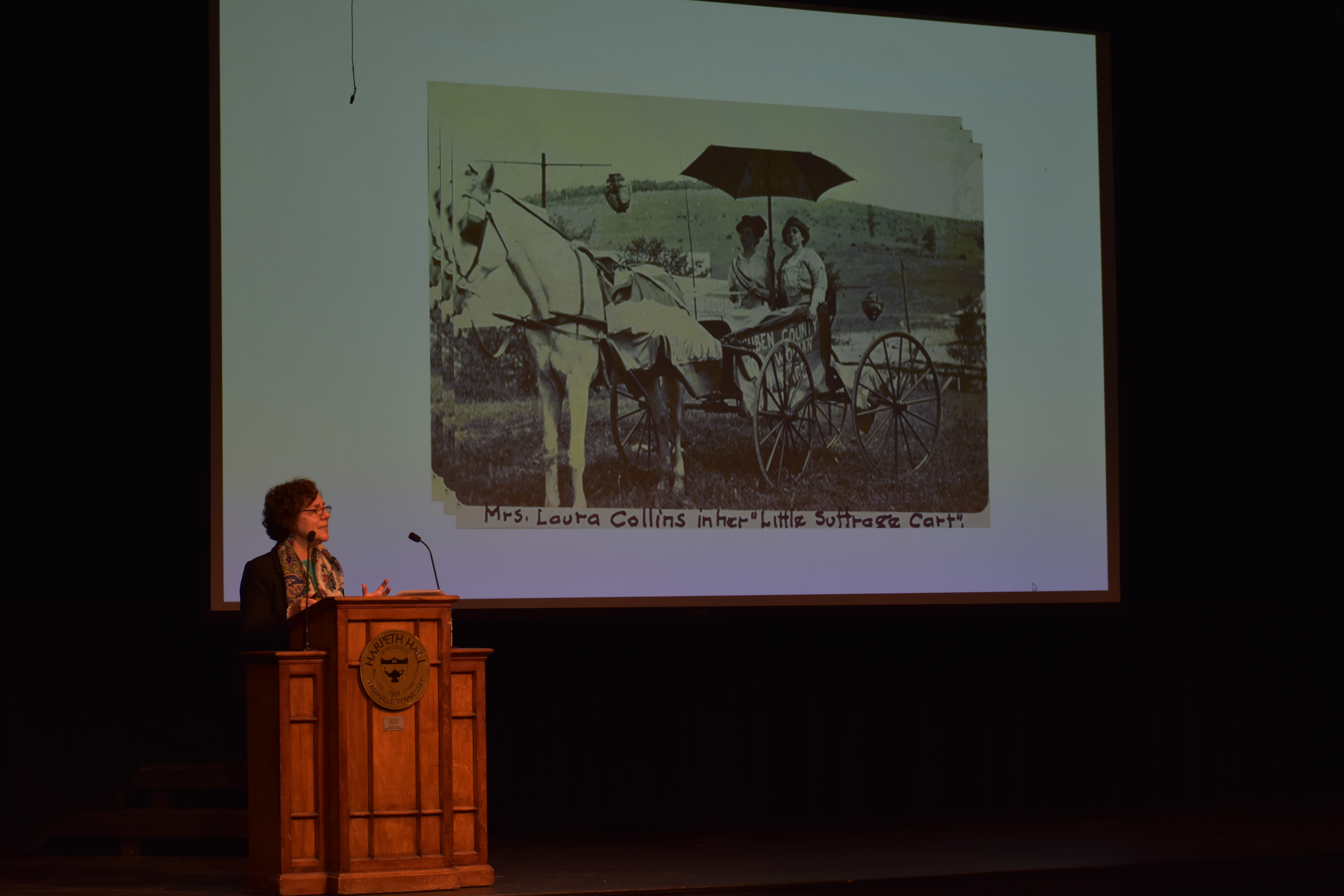 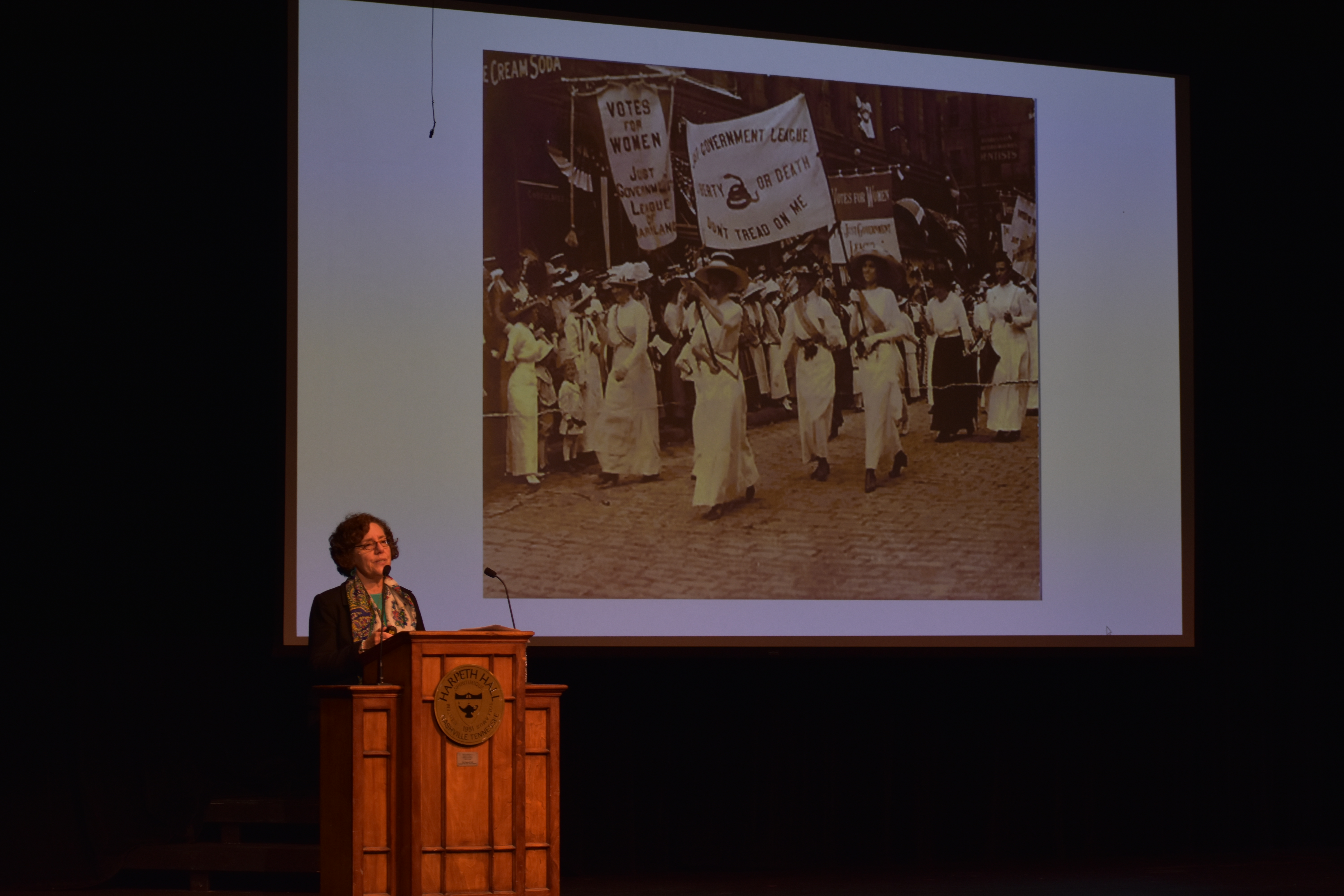