Gretchen Walsh had a big day on Tuesday.

It began with a BC Calculus exam and ended with a road trip to the U.S. Open national swim championships. In between, Gretchen sat on stage in Harpeth Hall’s theatre with her mom and dad as she signed a Letter of Intent to continue her athletic career at the University of Virginia.

Pen poised and smile bright, Gretchen was one of three members of Harpeth Hall’s Class of 2021 who committed to compete at the collegiate level during National Signing Day festivities that took place nationwide on Tuesday.

For many athletic programs, National Signing Day has become a celebrated event marked by cakes, balloons, and a lot of colorful college gear. The moment a student signs her name to paper, it makes a university’s athletic scholarship offer official and represents the realization of years of hard work.

“Today’s signing not only signifies their intent to play at the collegiate level,” Harpeth Hall Interim Athletic Director Kylene Lee said, “but also signifies the promise of a new adventure.”

On Tuesday, Harpeth Hall coaches recognized the students not only for their accomplishments in the pool, on the court, and from the boat, but also for their strength of character and leadership.

As a coxswain for the rowing team, Emily Wood is the navigator coordinating the power and rhythm of the rowers. Coxswains “decide where the boat is going, and they tell the athletes what they need to do to get there,” Director of Nashville Rowing Cory Sanderson said in a video address to the Harpeth Hall senior class and faculty who gathered for the school's Signing Day ceremony. 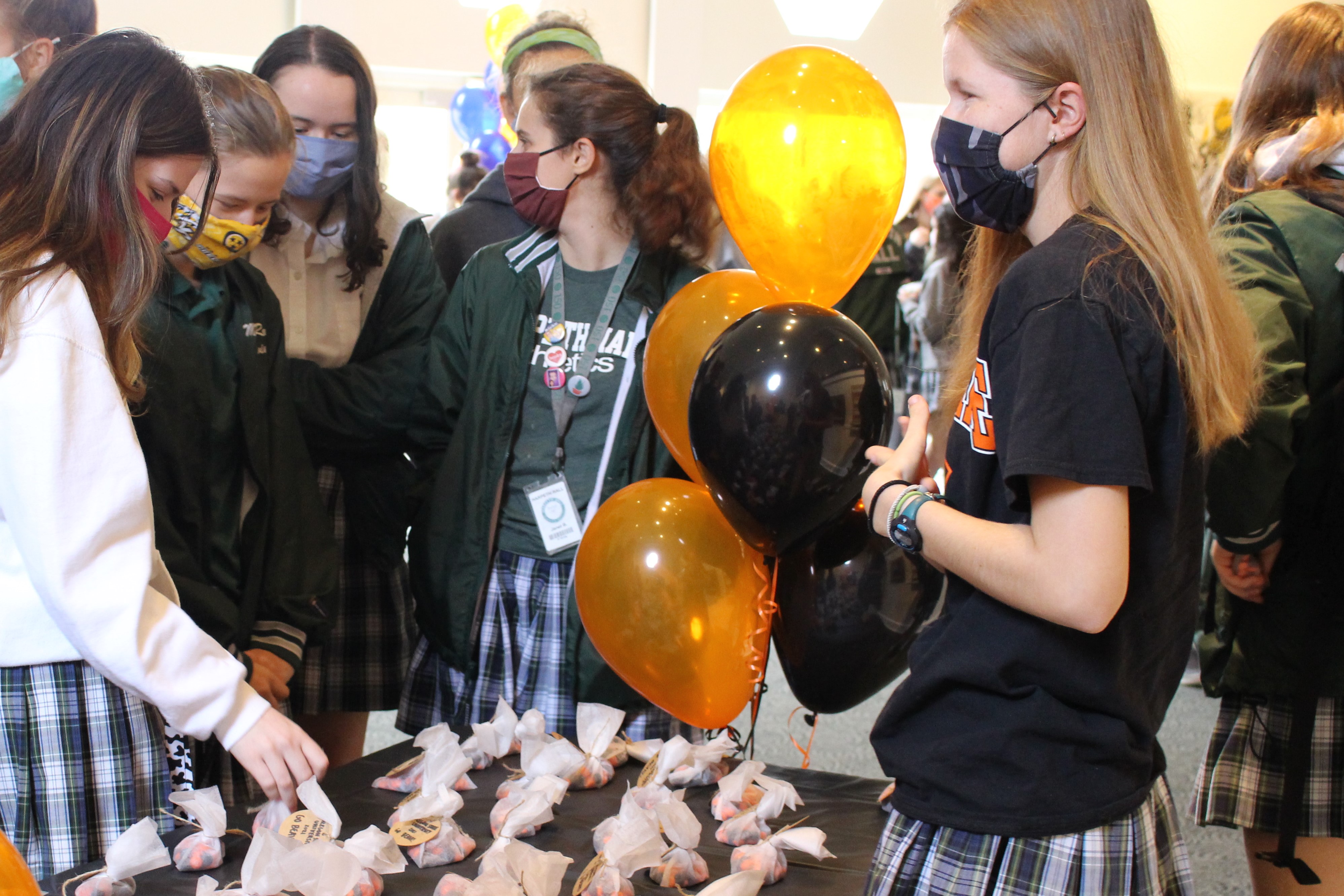 “That makes them equal parts coach, motivator, quarterback, and sometimes even therapist to help get their athletes across the line hopefully ahead of those on the other side. ... To push athletes to their limits when they believe they are already there is challenging for the best coach — and to do that for your peers is a real skill. That is something Emily has to do day in and day out.”

Emily has done it with confidence and skill. In her career, Emily coxed boats to regional medals, earning a berth to youth nationals to compete against the best boats in the country. She also joined the junior national system and participated in the Olympic Development summer program in Sarasota, Florida, working on a world championship course.

“Emily, we are so proud of you,” Coach Sanderson said. “I have watched you grow into a very strong coxswain, a strong teammate, and a strong leader.”

Claire Wilson: A talent and a teacher on the volleyball court

Claire’s elite level of volleyball play has been recognized across the state and the country. She was voted to the DII-AA Middle All-Region team three years in a row and named to the Tennessee Sports Writers Association Second Team All-Mid-State Team and the Middle Region All-Tournament Team. She led Harpeth Hall to an undefeated region record and state semifinal appearance in 2019 and State Quarterfinal appearances in 2018 and 2020.

“But she is more than a gifted athlete and volleyball player,” Harpeth Hall Varsity Volleyball Coach and Assistant Athletic Director Hannah Asafo-Adjei said. “What impresses me most about Claire is her investment in teaching the game to younger players.”

Claire frequently trains others in her spare time, sharing the knowledge she has gained over the years.

“It would be easy for her to rest on her laurels and only focus on her career, but she chose time and time again to build up the players around her,” Coach Asafo-Adjei said. “... She is adored by her teammates and respected by her opponents.”

In her Harpeth Hall plaid, Gretchen is known “as the math wiz with a welcoming smile and a passion for the environment,” Harpeth Hall Varsity Swim Coach Polly Linden said.

“You probably also have heard that she’s a pretty serious swimmer,” Coach Linden continued with a smile. “In the swimming world, Gretchen Walsh is a bit of a celebrity, a teen phenom if you will.” 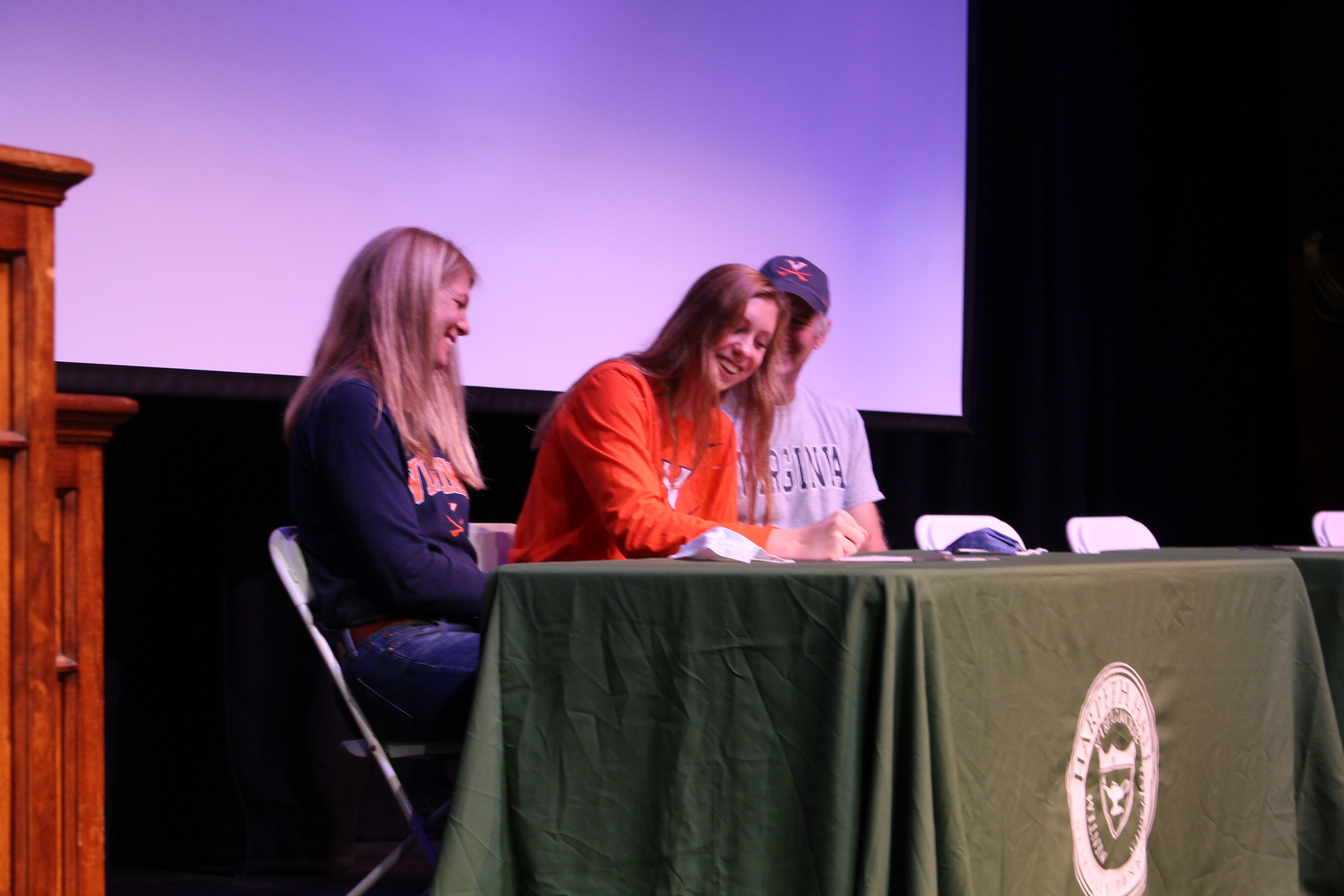 Gretchen broke onto the national scene when, at age 13, she became the youngest swimmer to qualify for the 2016 Olympic Trials. She went on to be named to the U.S. Junior National team and competed for Team USA internationally. In 2018, Gretchen became the youngest U.S. female to break the 22-second mark in the 50-meter freestyle, setting a new National Age Group Record. Last fall, Gretchen traveled to Budapest where she represented Team USA in the World Junior Championships, winning six gold medals in two individual events and four relays.

A state champion and record holder, Gretchen was an integral part of Harpeth Hall’s two national titles. This past year, Gretchen set new individual National High School records in the 50 and 100 freestyle. For her athletic accomplishments, Gretchen has been on the cover of Swimming World magazine twice in the last two years, earning a following of fans.

“It is not rare to have swimmers, young and old, approach Gretchen for a photo or an autograph,” Coach Linden said. “In every instance, Gretchen is as humble and gracious as we all know her to be.”