Email Whatley Hamilton '14 at whatley.hamilton@harpethhall.org if you are interested in joining the virtual gathering.

Not in Nashville and interested in hosting a regional book club gathering? Contact the Alumnae Relations Office at alumnaeoffice@harpethhall.org.

Have a suggestion for our next book choice? Email Whatley Hamilton '14 at whatley.hamilton@harpethhall.org. 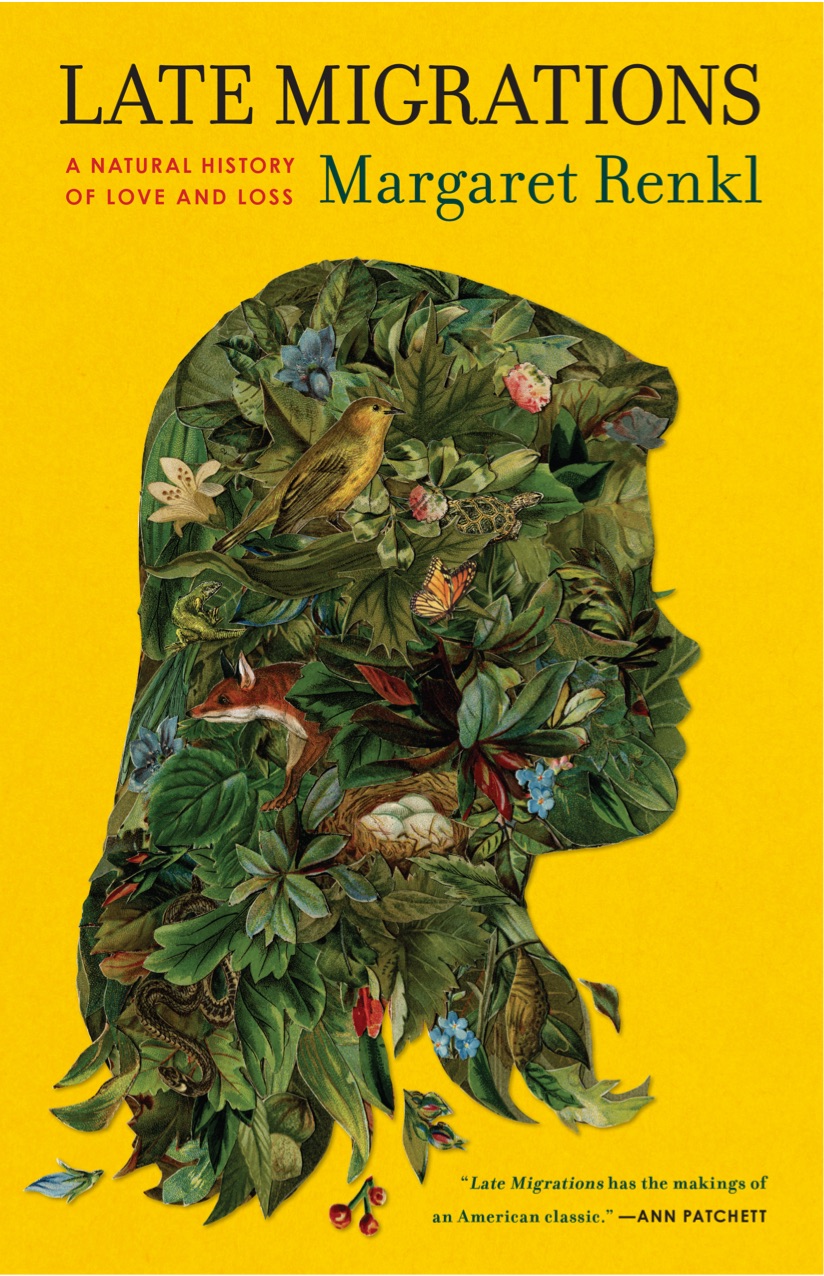 The Summer Book Choice 2019 was Late Migrations: A Natural History of Love and Loss by Margaret Renkl

Margaret Renkl is a former Harpeth Hall English teacher and current New York Times writer. Margaret came to Harpeth Hall's campus on August 7, 2019 for a book talk and signing as the official launch of HHConnectHER.

The Fall Book Choice 2019 was The Testaments by Margaret Atwood. This novel is the sequel to the popular The Handmaid's Tale.

“A fast, immersive narrative that’s as propulsive as it is melodramatic.”
—Michiko Kakutani, The New York Times

The book club met twice. An evening event occurred on November 12, 2019 with current Harpeth Hall English teachers Denise Croker and Scottie Girgus leading the conversation. The daytime gathering happened on November 20, 2019 at the home of Meredith McDonald Stewart '96 with Jennifer Puryear, author of the literary blog Bacon on the Bookshelf, as the moderator.

The Winter Book Choice 2019/2020 was The Woman's Hour: The Great Fight to Win the Vote by Elaine Weiss.

The book club met for a Winterim for Adults class offered by Dr. Mary Ellen Pethel on Wednesday, February 12, 2020.

Course Description:
Soon to be a major television event, the nail-biting climax of one of the greatest political battles in American history: the ratification of the constitutional amendment that granted women the right to vote.

Nashville, August 1920. Thirty-five states have approved the Nineteenth Amendment, granting women the right to vote; one last state–Tennessee–is needed for women’s voting rights to be the law of the land. The suffragists face vicious opposition from politicians, clergy, corporations, and racists who don’t want black women voting. And then there are the “Antis”–women who oppose their own enfranchisement, fearing suffrage will bring about the nation’s moral collapse. And in one hot summer, they all converge for a confrontation, replete with booze and blackmail, betrayal and courage. Following a handful of remarkable women who led their respective forces into battle, The Woman’s Hour is the gripping story of how America’s women won their own freedom, and the opening campaign in the great twentieth-century battles for civil rights.

The 2020 Spring Book Choice was The Dutch House by Ann Patchett. Because of COVID-19, we could not have a book club gathering. Instead, click here for a list of podcasts, videos, and articles about The Dutch House.

"You won’t want to put down this engrossing, warmhearted book even after you’ve read the last page.”
— NPR

The 2020 Summer Book Choice was Such a Fun Age by Kiley Reid. Because of COVID-19, we could not have a book club gathering. Instead, Harpeth Hall alumnae met virtual over Zoom for a discussion led by Harpeth Hall English teacher and alumna Emy Noel Sanderson '98.

“Such a Fun Age is such a fresh voice. It’s a unique, honest portrayal of what it’s like to be a black woman in America today. Kiley Reid has delivered a poignant novel that could not be more necessary.”
–Lena Waithe, Emmy Award winning writer and creator

"Such a Fun Age is a startling, razor-sharp debut. Kiley Reid has written a book with no easy answers, instead, filling her story with delicious gray areas and flawed points of view. It's both wildly fun and breathtakingly wise, deftly and confidently confronting issues of race, class, and privilege. I have to admit, I'm in awe."
—Taylor Jenkins Reid, author of Daisy Jones & the Six

The 2020 Fall Book Choice was Essentialism: The Disciplined Pursuit of Less by Greg McKeown. Because of COVID-19, we could not have a book club gathering. Instead, Harpeth Hall alumnae met virtual over Zoom for a discussion led by Alumnae Relations Manager Whatley Hamilton '14.

A New York Times Bestseller | Essentialism isn't about getting more done in less time. It's about getting only the right things done.

“A timely, essential read for anyone who feels overcommitted, overloaded, or overworked."
—Adam Grant

Until further notice, all spectators must be a parent/guardian, grandparent, or immediate household member of a player or coach on the roster. Venues will be limited to one-third capacity. Please read the documents below for visiting team policies and on-campus spectator policies.