Harpeth Hall’s story begins in 1865 with the founding of Ward Seminary for Young Ladies, six-months after the end of the Civil War. The school merged with Belmont College for Young Women in 1913 and formed the Ward-Belmont School, a high school and junior college for women. In the spring of 1951, Ward-Belmont closed, and local community leaders organized to ensure that college preparatory all-girls education continued in Nashville. This group purchased the Estes Estate in Green Hills and renamed the school Harpeth Hall, based on the nearby Harpeth River Valley.

Idanelle “Sam” McMurry became head of school in 1963 and served until 1978. The Daugh W. Smith Middle School opened in the fall of 1968. In 1973, McMurry introduced Winterim — one of Harpeth Hall’s signature programs. For three weeks each January, Winterim allows students to explore in-depth areas of interest through special coursework, internships, academic trips, and independent study.

Polly Fessey, middle school director, served as interim head of school from 1978 to 1980. David Wood assumed the position as head of school in 1980 and led the school until 1991. Wood implemented an honor code and established institutional membership in Cum Laude. Leah Rhys served as head of school from 1991 to 1998 with the charge to affirm the school’s mission as an all-girls school and to strengthen Harpeth Hall’s resources that included new technology, marketing, and fundraising. Ann Teaff was appointed in 1998, leading as head of school for 16 years. She transformed the campus through two major capital campaigns that led to the building of the Ann Scott Carell Library, a new Daugh W. Smith Middle School building, the Patton Visual Arts building, renovation of the Hortense Bigelow Ingram Upper School, and an Athletic and Wellness Center.

Stephanie Balmer’s tenure as head of school began in 2014 with a focus on the social and emotional health of students and the establishment of a school garden. With ties to Ward Seminary, founded in 1865, Harpeth Hall celebrated 150 years of educating young women in 2015. Following Dr. Balmer’s passing in 2018, Jess Hill was appointed head of school. She began her teaching career at Harpeth Hall in 1985 and served as Director of the Upper School from 2005 to 2017. Jess Hill’s collaborative leadership style, vision for leading-edge programs, and sense of community remains central to Harpeth Hall’s role as a national leader in girls’ education.

Today, the Harpeth Hall campus comprises nearly 44 acres with enrollment of 720 students projected for 2020-2021. The school has 88 full-time and six part-time teaching faculty and employs a total of 154 professionals. Harpeth Hall and its predecessor schools share a history of excellence in educating young women. 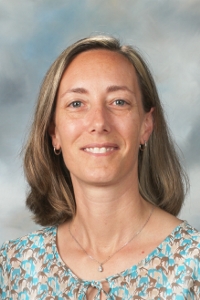 Until further notice, all spectators must be a parent/guardian, grandparent, or immediate household member of a player or coach on the roster. Venues will be limited to one-third capacity. Please read the documents below for visiting team policies and on-campus spectator policies.